This summer we spent 17 days travelling to Namibia and Botswana. This is one of the most unforgettable trip we’ve ever made. We stayed in two different lodges in Namibia, “Little Kulala” situated close to the Sossuvlei which is surrounded by red sand dunes in the Nambi Desert, south of Namibia.  As more than 80% of Namibia is desert, the landscape whilst flying to Sossuvlei was breathtaking!  We tried climbing the Dune 40 but the wind was so strong that only my son made it to the top.  Our second stop was the “Serra Cafema Lodge” located on the border of the Kunene River which is the border of Namibia and Angola. Upon arrival, the landscape of mountain chain on the Angola side combined with the endless desert on the Namibia side was absolutely incredible.  We did a cruise on the river, saw plenty of crocodiles and even set foot on Angola (without our passport) for an aperitif.  The quad and hiking experience on the sand dunes was great.  Before leaving Namibia we visited a Himba village but we only saw women and children while the men were away hunting. Let my photos tell you the rest of the story:

After spending a week in Namibia, we boarded a chartered plane and flew off to Botswana. Our first stop was “Chief’s Camp”, the beginning of safari game drives.  On our first safari, we saw 2 lions and 2 lionesses feeding on a buffalo.  At night, while being escorted back to our tent (we are in the Moremi Reserve, there are no barriers so animals are free to roam around), we had to turn back because there was an elephant in the camp feeding on a tree just in front of our room.  It came back to visit us again the next day and came so close to our tent that we can feel the tent moving while it fed.  The same afternoon, while going to my room to get my book, I was scared to death when a hippopotamus jumped out because I woke it up from its nap.  I will never forget the sideway stare it gave me until I backed slowly into my room and didn’t dare to come out until it slowly walked away.

Then we flew to “Jack’s Camp”, near the Makgadikgadi Salt Pan. We had a wonderful guide named “Super” who has worked there for almost 25 years, he took us to meet a family of meerkats (also called suricates) who climbed on my children’s heads, quad ride over the salt pan where you can turn 360 degrees around yourself and see nothing, hear nothing.  It is the first time that I “listen” to total silence.  Super saw some vultures flying in one direction and took us for a 11 km tracking and we nearly stumbled on hundreds of vultures feeding on a cow killed by a lion.  Meeting with a family of bushmen tribe, especially Cobra who put a deadly scorpion in his mouth and told us it will not bite him because it’s his friend… Staying at Jack’s Camp is like going back in time.  I will not say more about this place, it is full of surprises and has been elected our most memorable lodge of the trip.

Next we headed off to Abu Camp at the Okavango Delta.  We walked and rode on elephants and my daughter was totally fascinated by “Sherini”, a female elephant who actually picked up her hat when it fell on the floor during our ride.  There was also “Naledi”, an orphaned baby elephant, who loves to play with us, only she weights 220kg! She is being fed by bottle and drinks 20 bottles of 2 litres of milk per day!

After spending 3 days at Abu Camp, we flew off to “Kings Pool” located near the Chobe National Park. There we were guided by “Khan” who happens to be a good friend of Super in Jack’s Camp. We were in good hands.  The game drives were full of action!  Troops of elephants crossing the river bordering Namibia and Botswana, leopard hunting a squirrel and missed, sunset cruising and fishing on the delta, tracking of lions and finding them off road in a very remote area, witnessed the mating of a couple of lions, saw a wild dog hunting an impala during a night drive, then hearing it being hunt down behind our vehicle.  On our way back to camp after having our starters in the bushes on a full moon evening, we saw 2 hippopotamus walking out of the water towards the land for the night.

The african sky is so beautiful, we enjoy the sunrise and sunset of each day, we see the moon every night, we hear animal cries while we sleep and we take our breakfast watching wildlife.  What more can we ask?

This site uses Akismet to reduce spam. Learn how your comment data is processed. 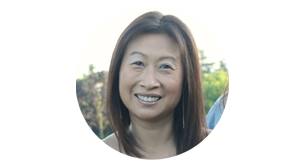 Hi, I'm Alice, originally from Taiwan, I have been living in Paris since 1996. Hand crafting and cooking are my passions and I am happy to create this small space to share them with you.